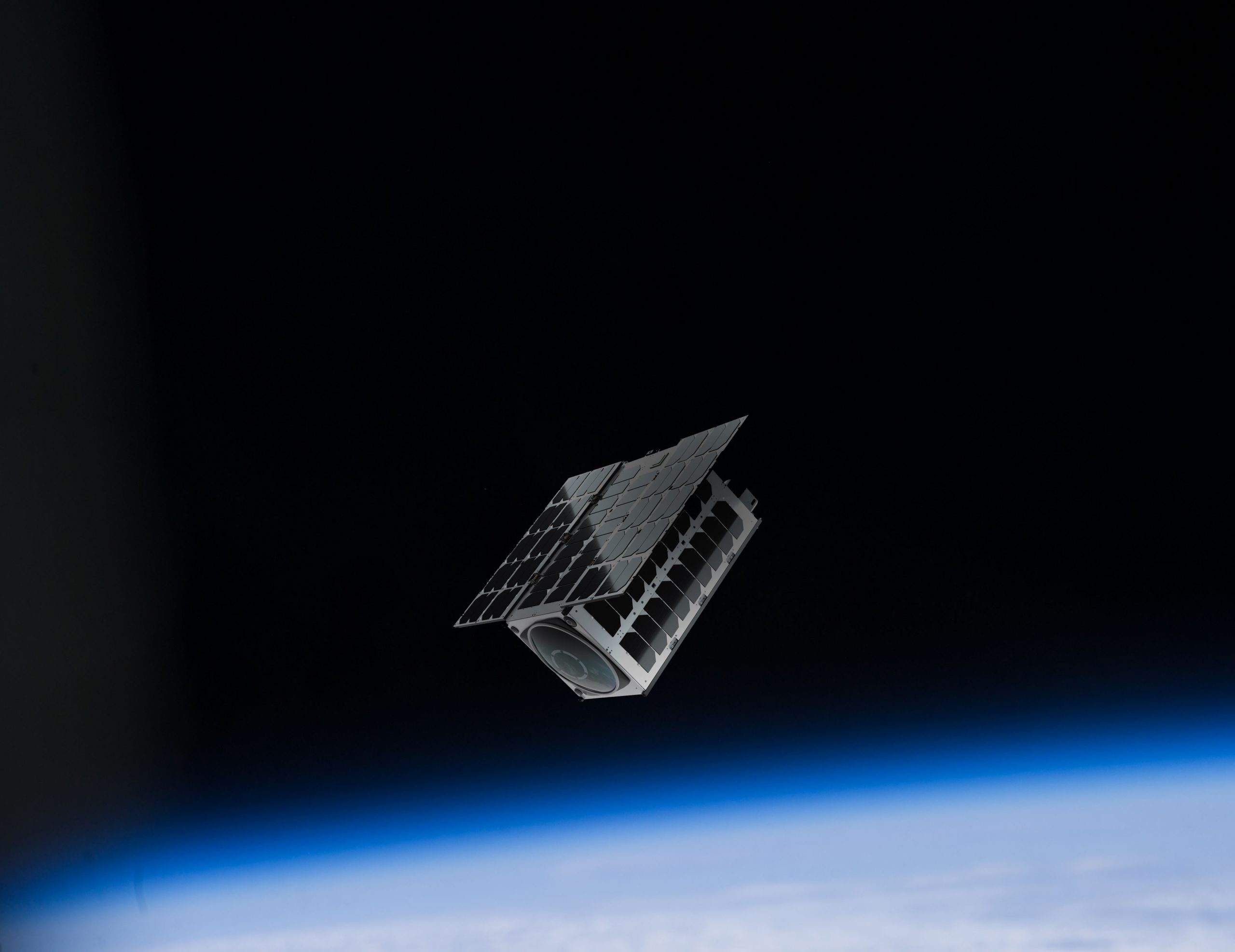 Sen, a British space company establishing a video streaming media to provide real-time and timely Ultra-High Definition (UHD) video of Earth, has contracted NanoAvionics to build the first five nano-satellites of its constellation.

Sen has already demonstrated its technology of streaming ultra-high definition (UHD) video from space. It is now focused on developing its “EarthTV” constellation of nano-satellites to stream real-time and timely videos from space. The service, which will include a freely accessible app for individuals, will be used for monitoring environmental events and natural disasters such as wild fires, floods and storms, as well as monitoring climate change and movement of large groups of people.

As the start of Sen’s mission to create its “EarthTV” constellation, NanoAvionics will build the 16U nano-satellite buses and integrate Sen’s payload at their European manufacturing and research facility in Vilnius, Lithuania.

Each satellite will be equipped with several UHD cameras, providing multiple perspectives of Earth, from wide angle imagery down to 1.5M resolution. The envisaged launch of the first nano-satellite, EarthTV-1, will take place by mid-2021. Following a successful test demonstration of EarthTV-1, sending real-time UHD quality video from low Earth orbit (LEO), NanoAvionics will build the remaining four nano-satellites for launch in 2022.

“Our planet is constantly changing and Sen’s satellites will provide a new and persistent way of seeing events unfolding, empowering humanity to witness the evolution of our planet in a unique way. We hope to increase awareness of environmental events and human movement with information that can educate, inspire and empower people to change and improve the outcome,” says Charles Black, Founder and CEO of Sen. “We are delighted to be working with NanoAvionics. They have a great team of engineers, first class facilities and a successful track record of building nano-satellites. Our teams have worked extensively together over the last six months to ensure the satellite bus will meet our specific requirements for streaming high definition videos from several cameras.”

NanoAvionics standardized flight-proven nano-satellite buses use modular software approach and flexible architecture with a single fault tolerant design option. By doubling the critical satellite subsystems, single point failures are removed from the system, hence adding mission reliability and redundancy. Such satellite system is designed to have a mission lifetime of 10 years in LEO. These features have allowed the company to increase the range of capabilities offered for a payload, making them ideal to host Sen’s video cameras and video streaming system.

“Building a real-time video service in space is a fantastic mission and shows the growing capabilities of nano-satellites”, said Vytenis J. Buzas, co-founder and CEO of NanoAvionics. “We have scaled our flagship preconfigured M6P bus to achieve 12U and 16U form factors and to provide customers like Sen with more possibilities for their missions and payloads. These scaled-up versions have already become our most sought-after products and main workhorses in enabling innovative satellite missions in LEO.”

Founded in 2014, Sen already demonstrated 4K Ultra High Definition video from a satellite with six cameras during its first mission which launched in February 2019, filming both the satellite and wide-angle imagery of Earth with its steerable cameras. Sen’s videos will be freely accessible for individuals, with premium services for businesses and organisations. Sen will provide an open source data platform to enable partner organisations to build apps and analytics using the video data. Sen aims to begin with cameras in LEO and plans to extend this to deeper space and even to deploy cameras on planetary orbiters, rovers and drones at the Moon, Mars and further into the Solar System.

Note to editors. Video and Images are available at: https://drive.google.com/drive/folders/1MOILunKSjUIas4c4z6CSv3IbFXxHB_bR

About NanoAvionics. NanoAvionics is a nano-satellite bus manufacturer and mission integrator. Its flagship multi-purpose M6P and M12P are the first preconfigured nano-satellite buses in the sector, designed to serve emerging commercial space markets. The company’s efforts are focused on enabling critical satellite functions and optimizing their launch, hardware and operation costs – ranging from single missions to constellations. Its core engineering team has implemented over 75 successful satellite missions and commercial projects during the past several years.
www.nanoavionics.com | Twitter: https://twitter.com/NanoAvionics
Press Contact: Harry Pirrwitz,  harry@ciceroandfriends or call +44 (0)73 9252 5980.

About Sen. Sen is a video streaming media, founded in 2014 by Charles Black with a vision to democratize space using video to inform, educate, inspire and benefit all humanity. Sen’s mission is to stream real-time videos from space to billions of people, providing unique perspectives of our ever-changing world and future in space. Sen will capture its unique video content using both hosted video cameras and its own constellations of small satellites. Pronounced as a word rather than individual letters, Sen is an acronym for ‘space exploration network’. Sen is based in London, United Kingdom. https://sen.com
Press contact: Charles Black

This is a success preview text.

This is a error preview text.

Sen’s vision is to democratize space using video to inform, educate, inspire and benefit all humanity.

Sen’s mission is to stream real-time videos from space to billions of people, gathering news and information about Earth and space and making it universally accessible and useful.

© 2023 Sen Corporation Ltd. Sen is a registered trademark of Sen Corporation Ltd
We and our partners use cookies and similar technologies (“Cookies”) on our app (sen.com) and site about.sen.com. Cookies make our app and site work and provide data that we use to improve our site and app. They also help us ensure the advertising you see is relevant to you. Some cookies are essential to the operation of our site and app; others are non-essential, such as analytics cookies. Find out more on https://sen.com/cookies. Click “OK” to consent to our use of non-essential cookies.
Accept and Close
Manage consent

This website uses cookies to improve your experience while you navigate through the website. Out of these, the cookies that are categorized as necessary are stored on your browser as they are essential for the working of basic functionalities of the website. We also use third-party cookies that help us analyze and understand how you use this website. These cookies will be stored in your browser only with your consent. You also have the option to opt-out of these cookies. But opting out of some of these cookies may affect your browsing experience.
Necessary Always Enabled
Necessary cookies are absolutely essential for the website to function properly. These cookies ensure basic functionalities and security features of the website, anonymously.
Functional
Functional cookies help to perform certain functionalities like sharing the content of the website on social media platforms, collect feedbacks, and other third-party features.
Performance
Performance cookies are used to understand and analyze the key performance indexes of the website which helps in delivering a better user experience for the visitors.
Analytics
Analytical cookies are used to understand how visitors interact with the website. These cookies help provide information on metrics the number of visitors, bounce rate, traffic source, etc.
Advertisement
Advertisement cookies are used to provide visitors with relevant ads and marketing campaigns. These cookies track visitors across websites and collect information to provide customized ads.
Others
Other uncategorized cookies are those that are being analyzed and have not been classified into a category as yet.
SAVE & ACCEPT